The real life female detectives of the golden age of crime 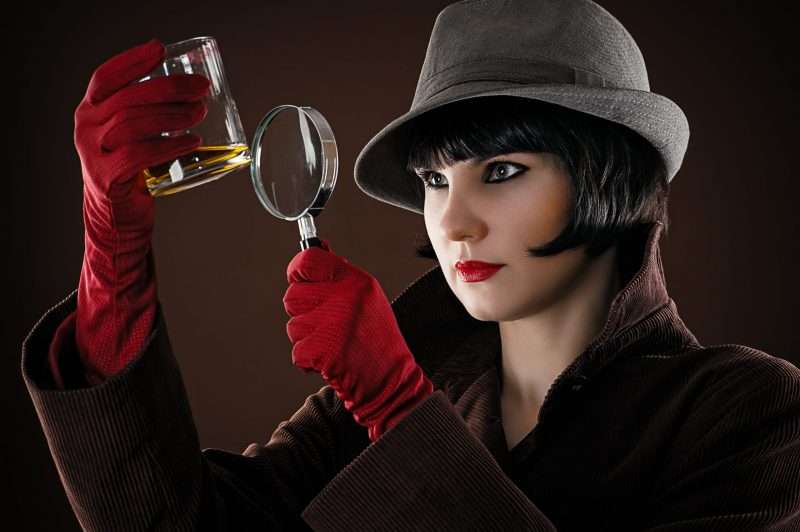 I’ll admit it – I’m a big fan of Agatha Christie and Miss Marple in particular.
The image of a cute and cosy little old woman solving crimes is fantastic but I found myself wondering what made Christie create a female detective. Surely in the golden age of crime between the two World Wars there were no real life female detectives, were there?
And that’s where I was wrong!

Have you ever heard of Maud West? She set up her own detective agency in London in 1905 – yes, really 1905 – and carried out investigations all around the world. And she wrote articles about her exploits which, well, let’s just say they were embellished. I can just picture her sitting at her typewriter working out how best to grip her reader.
I confess I had never heard of her before I tried an online search for real life female detectives of the 1920s and that’s when I discovered that a new book by Susannah Stapleton called The Adventures of Maud West, Lady Detective was published last month.
I’m putting in my order for a copy –it just sounds right up my street.
In the meantime, you can discover a little more about Maud and her adventures in this article from The Guardian
She certainly sounds like a real character but Maud wasn’t alone it seems. Although the other real life female detectives in the 1920s that I have stumbled across appear to be from across the Pond.

Alice Clement worked for the Chicago Police Department where she was known to turn up at crime scenes wearing beautiful gowns while brandishing a tommy gun. She too sounds like a great character. And one of her real life cases became the inspiration for the Agatha Christie novel, The Dulcimer. She sounds like a character write out of one of the murder mystery scripts I write. I think I would really have liked her!
You can learn more about Alice Clement from this article here.
It seems she was not celebrated at the end of her career and in death but she led the way for women in US police departments.

My third of our real life female detectives is Kate Warne. She died in 1868 so she doesn’t really fit in with the theme of the golden age of crime writing but she still deserves a mention. At the age of 23 when she was widowed and left with children to feed she walked into the Pinkerton Detective Agency and asked for a job as a private investigator.
She was so successful that Pinkerton decided to open a female detective agency and put her in charge!
She died aged 34 or 35 from a lung infection but can be rightly considered a trailblazer. Take a look at this longer retelling of her career here.
It’s been a fascinating dip into the history of female detectives and I’ll let you know more about the book about Maud West once I’ve read it!

You can join our community of Murder Mystery Fans here on Facebook. Join our conversations, see behind the scenes and what we’re up to next here.