The mystery of Anastasia inspires our latest murder mystery plot 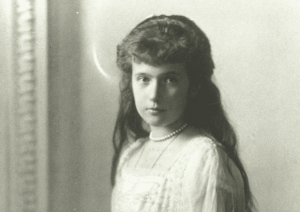 One of the most glamorous real life mysteries of all time is behind our latest murder mystery plot.
The mystery of Anastasia first surfaced in the 1920s when the Russian Revolution and the murder of the Russian Royal Family led to rumours that one of the daughters of the Tsar had survived.
The body of the Grand Duchess Anatasia wasn’t discovered until 2007 so for many years after the deaths of the Romanov family people suggested she may have escaped.
And like all the best legends and mysteries, people wanted to believe it to be true.Over the years many women came forward to claim they were the missing Grand Duchess. The most famous imposter was Anna Anderson whose claim first gained attention in 1922. She had appeaed in 1920 in a hospital in Germany following a suicide attempt as an unknown woman but her claim to be Anastasia soon gained ground despite those who knew Anastasia and the Russian Royal Family asserting her to be a fraud. 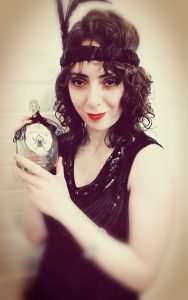 Of course, this was all before DNA testing so people were free to believe her and that is where our murder mystery plot comes in. We’ve set our story in the 1920s (always a good excuse for dressing up) in the home of Lady Tara Fernow, who is convinced that Anastasia survived. Our story opens as Lady Tara Fernow throws a party to introduce her friends to the Grand Duchess and to persuade them to part with money to fund the Grand Duchess’ campaign to be recognised as the last remaining member of the Russian Royal Family.
The mystery of Anastasia has always captivated me. I recall watching the 1956 movie as a child, obviously called Anastasia, with Ingrid Bergman as the woman who has lost her memory but who bears a resemblance to the Grand Duchess.
I think that movie must have been at the back of my mind when I decided the mystery of Anastasia was perfect for a murder mystery plot. I won’t give too much away!
We don’t have Ingrid Bergman or Yul Brynner but we hope you’ll love our plot anyway. We’ve aimed for plenty of humour as always and I think our characters are charming even if one of them is a murderer.
Anna Anderson didn’t succeed in her bid to be recognised as Anastasia. The Tsarina’s brother hired a private investigator in 1927 who identified her as Franziska Schanzkowska, a Polish factory worker with a history of mental illness, and the German courts ruled that Anderson had failed to prove she was Anastasia.
But the mystery continued throughout her life until Anderson died in 1984.
Of course, we now know the truth. With the fall of Communism the location of Anastasia’s body was revealed and proved with DNA testing.
I love a good mystery and this one has captured my imagination for years. Have you heard of the mystery of Anastasia before or is it just me who is fascinated?
If you want to find out where you can see us performing our murder mystery plot, Murder And The Grand Duchess, take a look at our Events here. Or you can book this mystery for your event or private party. Just get in touch by calling 07833 715504 or email sara@talltalesmysteries.com