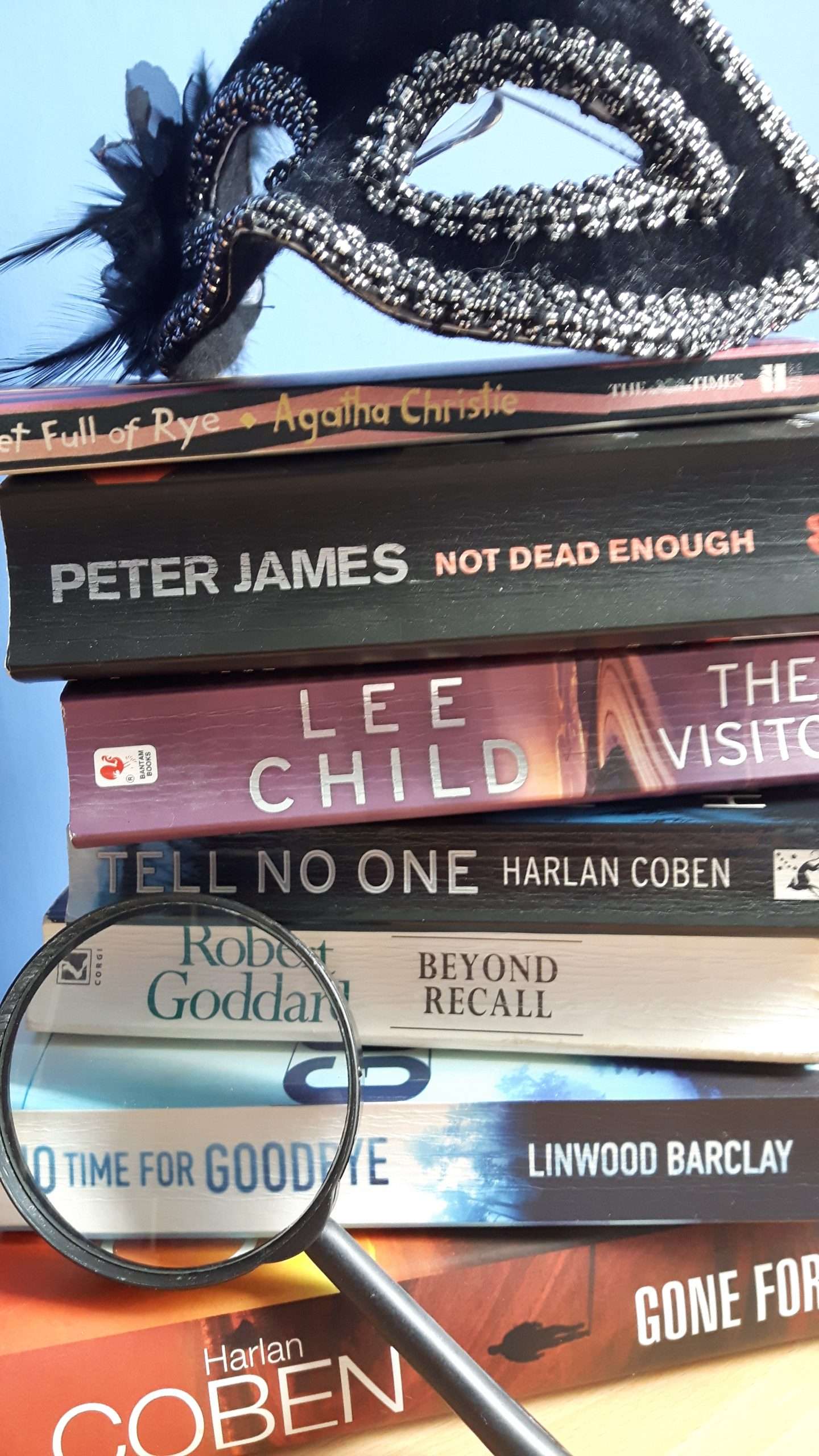 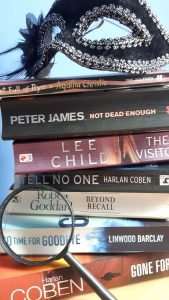 The other day someone asked me what would be on my recommended mystery summer holiday reading list.

I reeled off my favourites and was surprised they’d never read them before. So apologies if you already have ticked these off your list but these are the books I love and I’m adding at least two of them to my own summer reading list to read yet again because they are just so good!

Top of the list and the first of the two that is coming with me on holiday again this year.  I’ve lost count of how many times I’ve read it but it never fails to grip me. I won’t spoil it for you but there may or may not have been a murder! It’s a great book that you’ll want to devour in one sitting.

And if you need another Harlan Coben novel to read after that I also love Gone For Good too!

This is also coming on holiday with me. This is my much-loved and 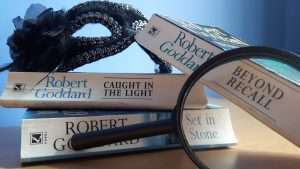 probably most precious book. I never lend it to anyone because I couldn’t bear to lose it but I recommend it to everyone.

I consider Robert Goddard the master of mystery fiction. I’ve read and loved most of his books and if you’ve never read any of his books before there’s a lot to look forward to. But Beyond Recall was the first of his I ever discovered. It’s set in Cornwall which is probably why I bought the book originally as I just love the Cornish countryside.

There are so many other Robert Goddard novels that I love but if you want to try two others I recommend Caught In The Light and Set In Stone or Past Caring and Sight Unseen or….I could just list them all.

He is just brilliant at taking events from the past and weaving them into his mysteries and you’re just never sure what’s going to happen next.

For some reason I only ever read Lisa Gardner’s books on holiday. I think I’m worried I’m going to exhaust her library as I’ll get through four or five in quick succession! This book wasn’t the first or most recent of hers that I’ve read but it’s the one that really stands out for me with lots of twists and turns and that’s what you want in a good mystery book!

I’d never read any Agatha Christie until recently. I’d seen the plays, the TV dramas but never actually picked up a book. Now though, I am hooked. They’re easy reads, don’t take up a great deal of space in your luggage and transport you off to another time. I love Miss Marple and this features her a little but it’s clever too and all based around the nursery rhyme about blackbirds baked in a pie.

Lee Child’s creation Jack Reacher is a former US Army policeman who is 6ft 5in and roams around the US not exactly looking for trouble but finding it anyway. Again, I’ve read every single one and can’t put them down although I will take issue with the strapline that now accompanies the books that “men want to be him and women want to be with him” because frankly, I don’t think he’s a nice guy particularly and I’d run a mile! However, it’s all just fiction and this one is one of his best. Twists, turns and lots of fun on the way. Be prepared for a little violence though because Reacher always ends up in a fight or two.

You can pretty much pick up Jack Reacher’s story at any point. I can’t remember where I started or even which is the first book in the series. They’re all fun and a great rollicking read.

The first book by Linwood Barclay that I ever read and a really unputdownable read. I loved it and since then I think I’ve read almost everything else he’s written. There is one exception and that is on my mystery summer holiday reading list and will be packed in my suitcase.

Peter James makes my summer reading list twice because he has two different genres that I can’t resist. This one is from his paranormal collection of stories and has a family moving to a new home which, you guessed it, might be haunted. I got to the point where I didn’t want anyone disturbing me because I needed to finish this book. So if you fancy something a little spooky this is for you.

I’m cheating here and giving you the first title in the Roy Grace series when you could actually interchange any one of them. They are all equally good. Set in Brighton with Roy Grace a detective with an interesting past that keeps recurring throughout the series. The background story is actually so interesting that it really is worth starting with the very first novel in the series and working your way through in order.

The story behind Dead Simple though still stays with me and I remember reading it in two days. It was that good.

So those are the books that make my mystery summer holiday reading list but I bet you’ve got a few that I’ve never read and I would love to hear what they are so I can add them to my list!