Truth or lies? It’s up to you to decide. Polly Fullon has discovered that 20 years ago her mother was murdered and her father is in prison for the crime. But Polly desperately believes her father is innocent.

It’s up to you to review the files and decide – is an innocent man in jail for a crime he did not commit? Or has justice been served? 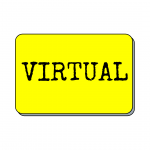 Polly Fullon is on a quest and she needs your help.

Twenty years ago Polly’s mother died. Cared for and brought up by her loving grandparents Polly was told her mother was killed in a car crash but now, aged 23, Polly has discovered her mother, Treena, was murdered and her father is in prison for killing her.

But Polly can’t believe the father she has only just met could possibly be a killer and she needs your help to prove his innocence and to reveal who killed her mother.

In our first virtual jury game you will be presented with the evidence against Polly’s father. You’ll meet witnesses from Polly’s grandfather, a detective who investigated the case all those years ago, Treena’s former fiance and her sister among others to cross-examine. There are clues to discover, of course, and the chance to go head-to-head with each witness to work out exactly what happened the night that Treena died.

Did she really die at the hands of her troubled boyfriend? Was a custody dispute over Polly the cause of her murder? And if Polly’s father is an innocent man then who really killed Treena Fullon?

That’s up to you to decide in our first virtual jury game where you decide whether to free Polly’s father or to confirm his conviction.

Tickets are £15 (with a discount for Tall Tales Mysteries Club members) or you can opt to have witness statements and clues delivered to your door for an additional £5 two weeks before the jury game event on Saturday July 17th.