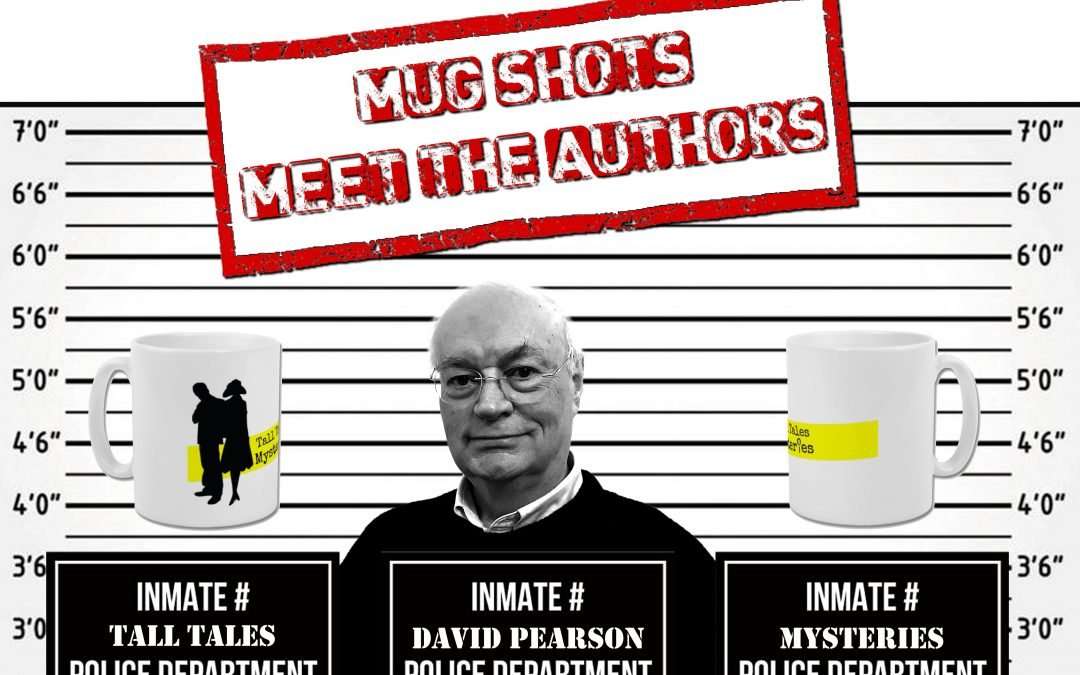 In the first interview of our new series Mug Shots we talk to crime writer David Pearson about his writing career, his books and inspiration and his top tips for writers.

David was a late starter, turning to writing fiction as he retired in 2017 and really as a way to keep out from under his wife’s feet but since then he has turned into a prolific writer of crime with 14 novels to his name and another with his publisher for editing and proofreading.

His novels fall into two series at the moment – the Galway Homicides and the Dublin Homicides, the latter being more gritty – although he is currently working on a standalone story. In fact, he’s working on three books right at the moment!

His Galway series came first and you can tell he loves both the series and the place where it is set although he confesses: “I’ve brought an awful lot of crime into that place!”

He’s one of those rare writers who found a publisher at the first time of asking. He’d self-published two books before sending a manuscript to The Book Folks and they published Murder On The Old Bog Road in 2018.

You can see our interview about his books and writing career here.

When talking about how he writes it seems the key is in the research.

“I’ll do a vast amount of research. I might need to know about poisoning, the rate of decay of a corpse and for Murder In A Safe Haven I needed to know about the tidal flows and sedimentary rock formation,” he says.

That sedimentary rock formation is important in helping his detectives Mick Hays and Maureen Lyons discover where a body was dumped – the devil really is in the detail.

That attention to detail can be found in his characters too. David keeps a notebook where every character he introduces into his books is carefully noted down – names, where they can be found in the book and what they are doing or what they know.

He would hate to see a minor character appearing early on in one of his books and then appearing later on when the detectives return to pump him for more information only to have a different name. He’s seen it happen in books by other authors!

But what about other writers. What tips does he have for the aspiring crime writer who is still honing their craft?

David says: “You must write. If you’re not writing, you’re not a writer.”

Many writers get tens and tens of rejections but you have to be persistent.

David says: “Research the publishers very carefully and see here your book would fit. Look for similar titles and find out who is publishing those titles.

“There’s also only a small window when publishers are accepting submissions. Check their websites and see what their guidelines are for submissions and stick to them rigidly. That will determine the format they want to receive the submission in. If you don’t stick to the guidelines, that just gives the publisher another reason to put it in the round filing cabinet.”

This is a technical tip and really interesting. David says we all have certain words, groups of words or phrases that we use repeatedly in speaking but if we do that in our writing that will irritate the reader.

He says: “During the editing process you need to weed those phrases out. There’s always another word. Be fastidious about it!”

Take a look at our discussion about David’s top tips for the aspiring crime writer here.

Next month we’re talking to crime writer Priscilla Masters so make sure you don’t miss our Mug Shots by joining our e-newsletter delivered once a month. Just click here to sign up.