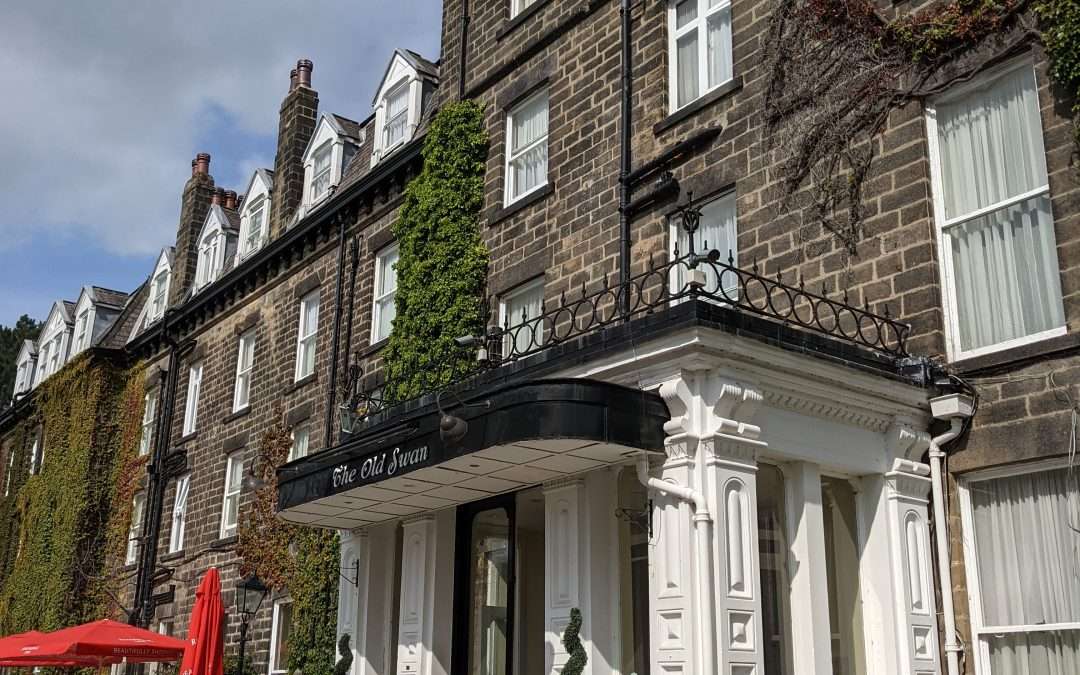 A famous writer missing, more than a thousand police officers pulled in to aid the search and the creator of Sherlock Holmes was even drawn in to solve the mystery – the Agatha Christie mystery of her real-life disappearance was an international news story.

Christie’s sixth novel The Murder Of Roger Akroyd was selling well and she was a household name so much so that the then Home Secretary William Joynson-Hicks urged the police to do all they could to find her. Sir Arthur Conan-Doyle took one of her gloves to a medium to discover her whereabouts but it didn’t help.

We all know she went missing in Deember 1926, you may know she was discovered 11 days later but do you know where the Agatha Christie mystery came to an end and where she was found? 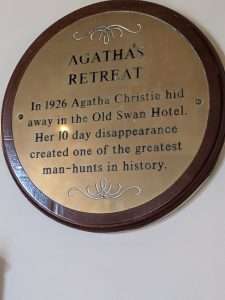 She was discovered at The Swan Hydro (now The Old Swan Hotel) in Harrogate where she was staying under the name Theresa Neale, the last name of her husband’s mistress.

It’s a tale that has captivated people for years. Her car was discovered near the Silent Pool, a perfect name to include in a murder mystery, and no one knew why she had disappeared. Agatha Christie herself remembered nothing. Her husband collected her and said that she had suffered a memory loss following a car accident.

But Agatha Christie never spoke of those eleven days.

She was spotted by a hotel banjo player, Bob Tappin, who alerted the police.

So why am I telling you a story that is nearly 100-years-old? Because the Old Swan Hotel, with its link to the real life Agatha Christie mystery , hosts murder mystery nights almost every month and now Tall Tales Mysteries will be bringing our plots and tall tales to the Old Swan!

From My Deadly Valentine in February, our new specially created plot Murder By The Book that gives a nod to the Agatha Christie connection and our Christmas stories that are perfect for parties we’ve got a plot that we think you’ll love.

Take a look at the murder mystery nights planned at this lovely hotel in Harrogate and book your place now. You might even be able to stay in the very room that Agatha Christie stayed in during her disappearance in 1926 – if it’s not already booked – and you may well feel you are stepping in her footsteps as you enter the hotel.

Don’t forget to sign up for our events newsletter here where we’ll keep you up to date with each of our murder mystery nights in Harrogate and all across the North East.

And perhaps we’ll see you at The Old Swan Hotel in Harrogate where you might just find yourself our Top Detectives with a little inspiration from Agatha Christie herself.